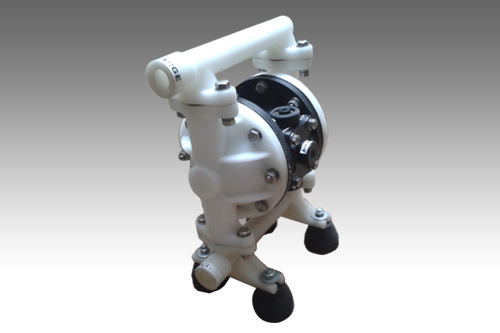 
Acknowledged as one of Kerala's premier AODD pump manufacturer, Mandar pumps offer a number of advantages that make them perfect for an almost endless variety of uses. Since Mandar pumps are air operated, they can be used in hazardous areas or for flammable materials in Kerala. These pumps are of Bolted type which makes their maintenance very easy.

It can handle all types of chemicals including acids, bases, solvents and alkalis, resins and adhesives, high-density liquids and viscous products even with the presence of solid parts and particles. Moreover, they can also transfer oil skimming, oil sludge, storm water, seawater, drainage water, latex, corrosion inhibitors, fertiliser, pesticides, insecticides and more.